A US Biotech company reached out to PharmaSols, to investigate the feasibility of running a trial in New Zealand on participants' stored tissue samples, where consent had been given for further research to identify a rare genetic marker.

Following a successful feasibility assessment, the sponsor decided to choose PharmaSols as their CRO partner, and after adapting their protocol, they proposed some very tight timelines.

With our people first focus, we created important relationships that were key in keeping our sponsor's trial on track. Along with that, our unique regional position meant we had exactly what the sponsor needed to run a successful trial.

Our team was presented with some challenges:

During the feasibility assessment, the PharmaSols team got in touch with a world-leading researcher, who had more than 200 possible target participants. This discovery led to the sponsor adapting their protocol.

PharmaSols relationship with the Principal Investigator helped with the final protocol design and ensured that relevant ethics, regulatory, and data privacy approvals were obtained. This allowed the sponsor to analyse the samples to ascertain an objective measure of the study.

The information sourced by us led to a very significant shift in trial design and ultimately led to moving the trial to New Zealand.

People are at the heart of everything we do, and maintaining essential relationships is a key part of our process. In this case, we needed to build a strong connection with the Principal Investigator to adjust the protocol. It was also because of New Zealand's diverse patient population that meant this trial could only move forward in our region. 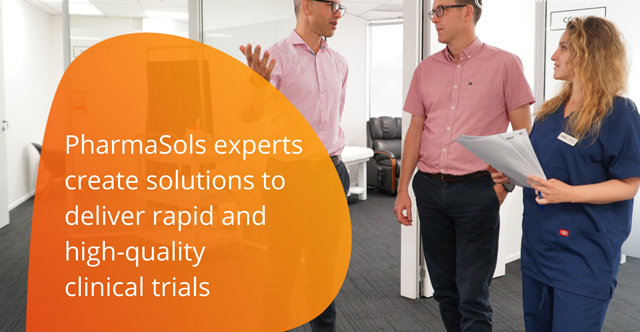 Our team have needed to respond quickly to challenges supporting different studies and the experience of our team has enabled us to create rapid solutions for our global sponsors. 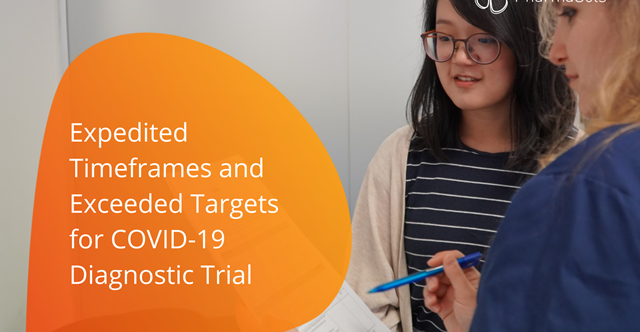 PharmaSols were engaged by an organisation looking to run a clinical trial for a COVID-19 diagnostic test. It was imperative that this study be carried out without costly interruptions and needed to be handled by a CRO that could manage tight timeframes.

Due to PharmaSols unique location and history of successful rapid start-ups, we were engaged by a European specialty vaccine company running a COVID-19 vaccine study. This study needed to be conducted without interruptions caused by the virus itself and with a CRO that could handle tight recruitment timeframes. 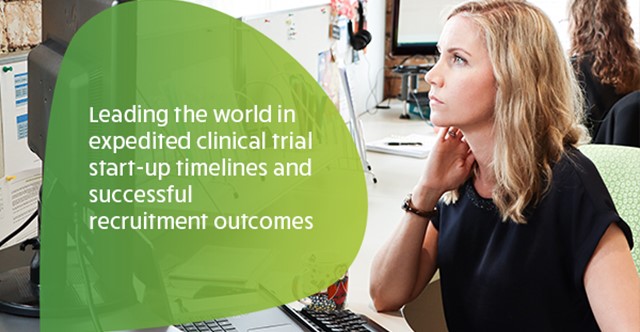 While the pandemic has slowed down most of the globe, it has increased the demand for rapid solutions within the pharmaceutical industry, with an urgent need to find a vaccine and COVID-19 related treatments and vaccines. Running clinical trials for potential solutions is a vital element in this process. 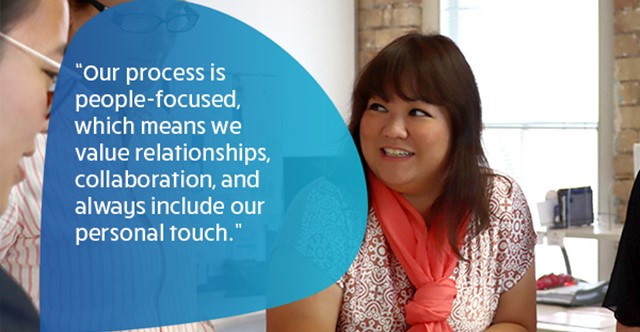 Site identification is the first and most critical deliverable from a CRO. Without an appropriate site, there is no patient recruitment, and without patients, there is no study. 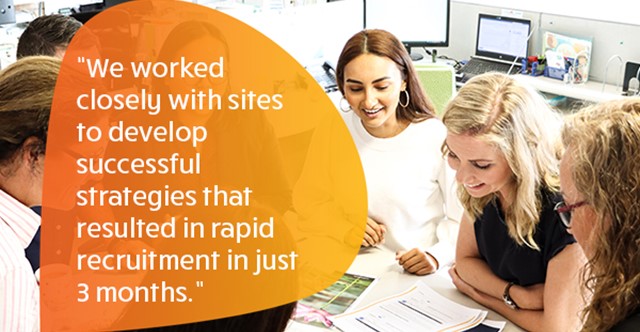 High Recruitment: Twice as many patients as global CRO

Faced with a challenging recruitment process, needing to recruit a large number of elderly participants within a tight three-month seasonal recruitment window, a US-based Biotech Company appointed PharmaSols as the NZ CRO for this phase three respiratory clinical trial.

Having previously worked with PharmaSols over a number of trials, the US sponsor knew that the PharmaSols team could deliver on both tight start-up timelines and high recruitment targets. PharmaSols proven record of flexible, rapid, and creative solutions meant we were the ideal CRO partner.

A US-based Biotech company was seeking a CRO who could successfully recruit a large number of elderly research participants in New Zealand. A challenge that was not only squeezed into a three-month seasonal recruitment window but was also met with issues so unique, there were no established protocols.

After a sudden decision to expedite their study timelines, a US Biotech company approached PharmaSols in need of a CRO who could successfully achieve a quality rapid start-up within a tight timeline.